IGK 2495 and GRK 2423 jointly offered a virtual film screening of the documentary PICTURE A SCIENTIST about Women in STEM. The movie chronicles the groundswell of researchers who are writing a new chapter for women scientists. After watching the movie, subsequently we held a discussion led by Dr. Julia Will, women’s representative at the FAU Department of Material Science and Engineering. Therefore, we invited three female professors to ask about their experiences regarding problems tackled in the movie: Prof. Dr. Julia Mergheim, Prof. Dr. Ana-Suncana Smith, and Prof. Dr. Areti Papastavrou. 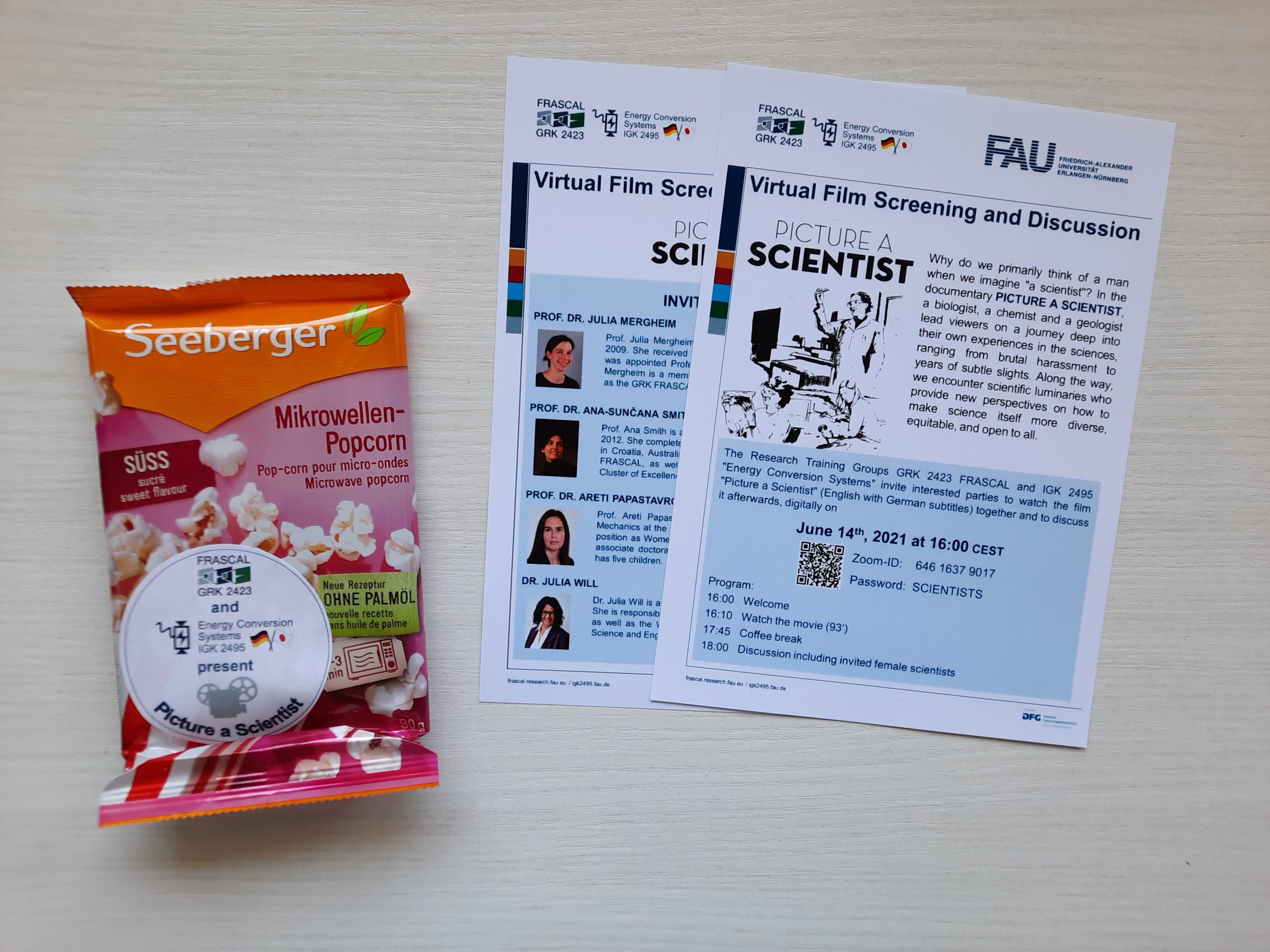 In addition, participants could anonymously leave their thoughts and comments on the film on a digital bulletin board. It was actively used which shows how important and stirring this topic is for all scientists. Especially the questions „Something I saw in the film that I was totally surprised about:“ received a large number of responses, such as „that women were silent about what happened to them“ or „that I couldn’t pass the implicit bias test and my reaction time was longer than I would have thought“ or „Nowadays, women are more visible in science, but there is still a lot to do to reach the same state as men in science. There are many aspects that still need to change“ and many more.

Hopefully, there will be many more such activities and the path will continue in a positive direction.