How do you picture a typical scientist?

How do you picture a typical scientist?

Today, IGK 2495 and GRK 2423 jointly offer a virtual film screening of the documentary PICTURE A SCIENTIST about Women in Stem. The movie chronicles the groundswell of researchers who are writing a new chapter for women scientists. Watch the trailer. Subsequently we will hold a discussion led by Dr. Julia Will, women’s representative at the FAU Deparment of Material Science and Engineering. Therefor, we have invited three amazing female professors to ask about their experiences regarding problems tackled in the movie:

PROF. DR. JULIA MERGHEIM has been researching and teaching at FAU since 2009. She received her PhD from Ruhr-University Bochum in 2002, and was appointed Professor for Applied Mechanics recently, in 2020. Prof. Mergheim is a member of the IGK “Energy Conversion Systems” as well as the GRK FRASCAL. Prof. Mergheim has two children.

PROF. DR. ANA-SUNČANA SMITH is a professor at the Institute of Theoretical Physics since 2012. She completed her PhD in Munich and has also studied and worked in Croatia, Australia and the UK. Currently, she is member of the GRK FRASCAL, as well as a member of the Executive Board of the EAM Cluster of Excellence. Prof. Smith has three children.

PROF. DR. ARETI PAPASTAVROU is a professor for Mathematics and Applied Mechanics at the Nuremberg Institute of Technology. There she holds the position as Women‘s Representative. One of her graduate students is an associate doctoral researcher in the GRK FRASCAL. Prof. Papastavrou has five children. 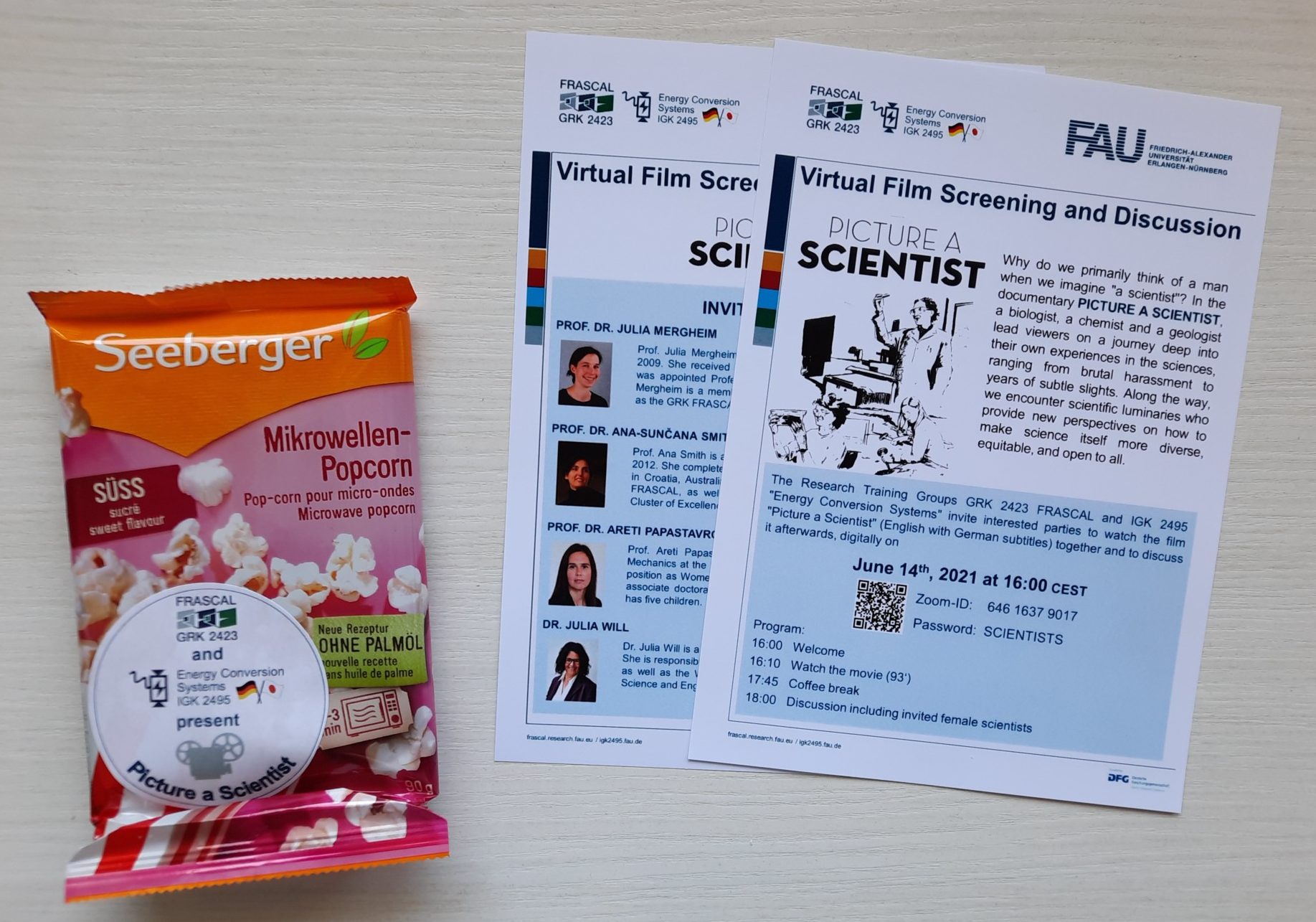 If you are interested in the movie, it is now available on Netflix!